by Kieran Strange & The Chaos 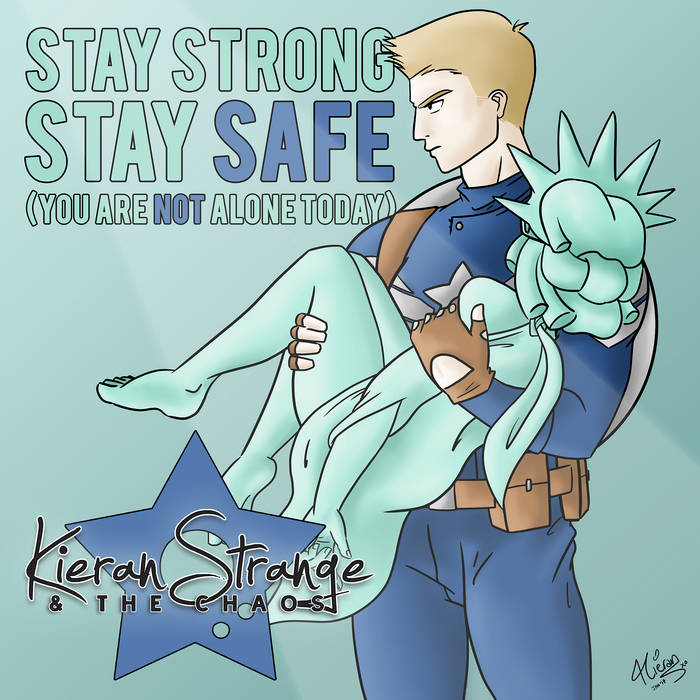 On January 20th 2017, Donald Trump (R) will be sworn into office. While his supporters rejoice, millions worldwide are now left terrified for their safety, their freedom, even their lives.

The day after Trump was elected by <25% of Americans, the daily national suicide rate skyrocketed by several hundred per cent. The main words associated with calls and texts to national lifelines were "election", "scared", and "LGBTQ".

The weekend of the un-auguration, we could easily see another epic rise in suicide rates. WE CANNOT LET THIS HAPPEN.

Today, regardless of which "side" you're on, REACH OUT to a friend you know or fear may be afraid or suffering during this time. Extend your COMFORT and SUPPORT. Keep the people you love SAFE.

We wrote and recorded this song in the last few days as an afterthought, to remind our fans and friends and anyone else out there who needs to hear it today that YOU ARE NEVER, EVER ALONE.

Download for free if you need to. Donate if you want to. All donations for the track will go back into recording our upcoming album, of a similar feel, genre, and theme to this track.

Bandcamp Daily  your guide to the world of Bandcamp