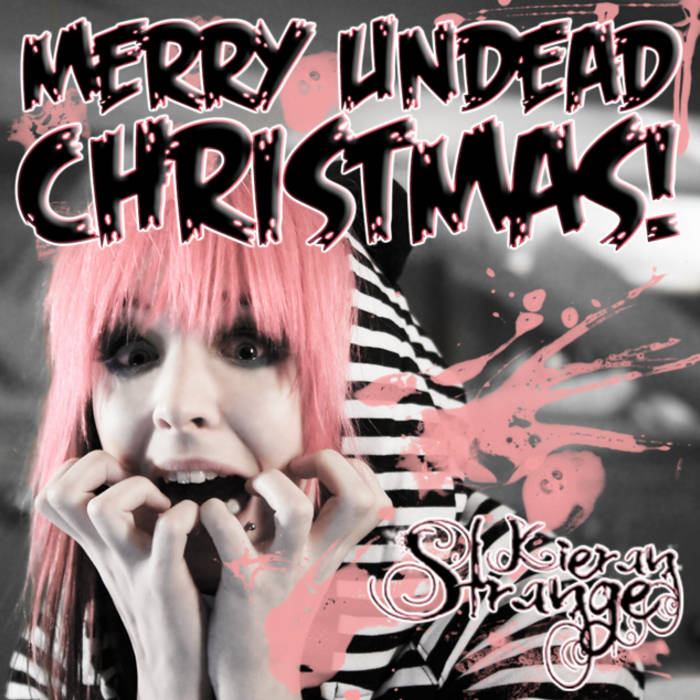 Shaninja It's an amazing blend of holiday cheer and horror!

----
With the highly-scrutinized end of the Mayan calendar fast approaching this December -- referred to humorously as the upcoming "zombie apocalypse" by young adults and teenagers worldwide -- "Merry Undead Christmas" by Kieran Strange is a single and music video combo that is sure to deliver a few laughs this holiday season.

The video features Strange as a lone survivor of the festive zombie virus, which has turned normal people into bloodthirsty, undead monsters. The front room of her house, still decorated with Christmas garb from before the outbreak, has been transformed into a safe- house with boarded-up windows and stockpiles of canned food. As the zombies roaming the streets outside finally manage to break through her makeshift defenses, Strange undergoes a hilarious transformation from pop-rock singer to "badass Christmas ninja", arming herself with various weapons to defeat the zombies such as candy cane tonfa and gingerbread throwing stars.

The song is a playful, harmless criticism of the rumours surrounding the Mayan calendar turnover this year, which some are claiming heralds the "end of the world". A huge fan of zombie parody moves such as "Shaun of the Dead", Strange released the song with the idea of throwing a little laughter into a topic some are looking at with utmost seriousness.

"I read a story the other day where a bloke actually spent his life savings building a huge ark to escape the Mayan end of the world," says Strange. "There's so much serious-face when it comes to this subject, I couldn't help doing something satirical."

"It's supposed to be cheesy," she continues, wearing a huge grin. "At one point in the video I actually try to take out a zombie with a toy shotgun, realize it obviously isn't gonna work proper, and start just beating on it with the gun instead. The lyrics are fun, the video is fun... I just wanted to leave people with a smile on their face."

A total of twelve extras were turned into zombies at the skilled hands of Nightshade Beauty make-up, including members of another Vancouver pop-punk band, GreenTree, and international competing cosplayer, Kitty the SheGeek.

"I found out on set that I have THE WORST hand-eye coordination," laughs Strange, with a guilty look on her face. "There were several times where I actually hit the extras with the weapons I had, and I felt AWFUL. I had to keep apologizing to them between takes, and the director was getting more and more paranoid about letting me shoot certain scenes, like stabbing [Kitty] in the head with a sharpened candy cane. Thankfully, everyone was laughing and when asked everyone said they weren't hurt, so I'm grateful I'm not as clumsy as I could be!"

You can watch the video for "Merry Undead Christmas" on Strange's YouTube (www.youtube.com/kieranstrange), and the song is available for download on Bandcamp this holiday season.

Bandcamp Daily  your guide to the world of Bandcamp